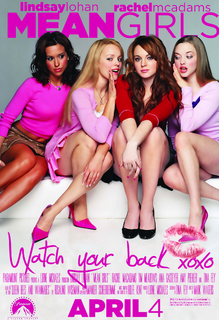 Mean Girls is a 2004 American teen comedy film directed by Mark Waters. The screenplay was written by Tina Fey and is based in part on the non-fiction book Queen Bees and Wannabes by Rosalind Wiseman, which describes how female…